When we asked 13 year-old Symone what kinds of things she’d like to see and do in England – she replied, “I want to see the British version of Taco Bell, and Big Ben.”

We looked at each other and then kindly excused her from the planning committee. The mission to broaden her horizons was more critical than we had initially imagined!

We leave tomorrow for England…with a teenager!

This trip will be Symone’s first time out of the country and while it’s not the most challenging trip it will be a good introduction to ‘the other’ and hopefully open her head up to the idea of a bigger world.

The Middle School years have been hard on her (and us). We want to create a dynamic, strong and resilient woman so we’ve got to start providing her some stimulus that lets her start building an identity as member of a much larger and more diverse tribe.

Neither us of expect the trip to go flawlessly –  even with the warnings to monitor and mange her own emotional states and negativity we know there will be some ups and downs.

When reviewing our tactics and strategies for helping Symone with the trip Kaety flippantly said, “It can’t be worse than taking an 18-month old armed with plastic forks on a 6 hour flight to Hawaii?”

I just looked at her and shook my head and recalled something a friend often says in a tone of sage laughter, “Bigger kids, bigger problems”

But concerns aside, when has a little discomfort ever stopped us!! We are all in, and we are taking the amazing, developing, beautiful, sassy, difficult teenager with us to explore a new land. 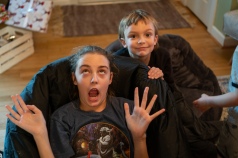 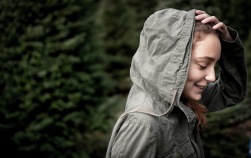