Kaety was staring at the blue dot on Apple maps, and I was trying to navigate out of the car park. We were trying to find a tomb, but every time we typed in ‘Kennet Long Barrow’ it directed us to the middle of a roadless field.

So…we drove towards the field with high hopes.

I screeched to a halt and whipped into a ‘lay over’, which is what we’d call the shoulder of the road, as I saw an ancient tomb in the distance. It was indeed in the middle of a farmers wheat field.

There was a track that lead up the hill to a 5000 year old tomb that had contained 36 bodies. At some point up the track Symone asked in a slightly sarcastic and dry tone, “Why are we walking up this hill to see a mound of dirt?”

She replied, “Haven’t we been in like 40 graveyards during the trip?”

I smiled at her, “Honey this is better than a graveyard, this is a tomb you get to crawl into”

She started looking a bit worried, “Crawl into where the bodies were?”

The view was stunning and the tomb was just a small alcove but still pretty amazing.

I had to do another round of laundry when we got home because I realized that I had limestone tomb dust ground into my pants. That stuff doesn’t just brush off! 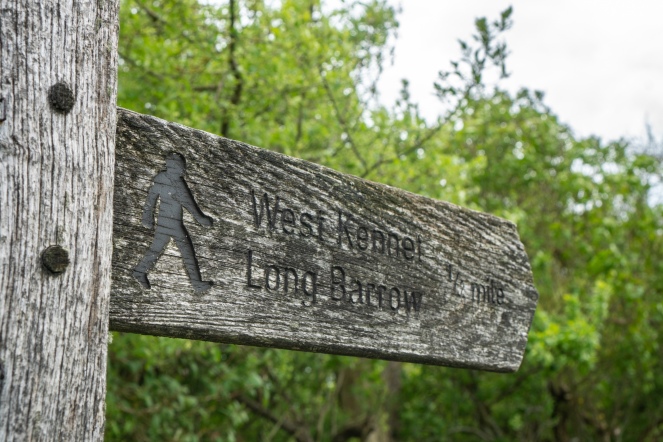 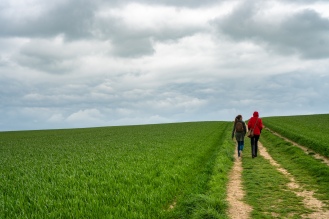 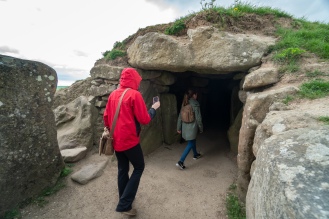 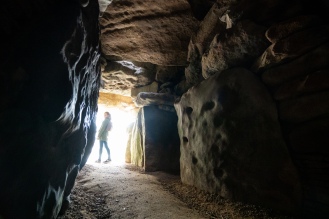 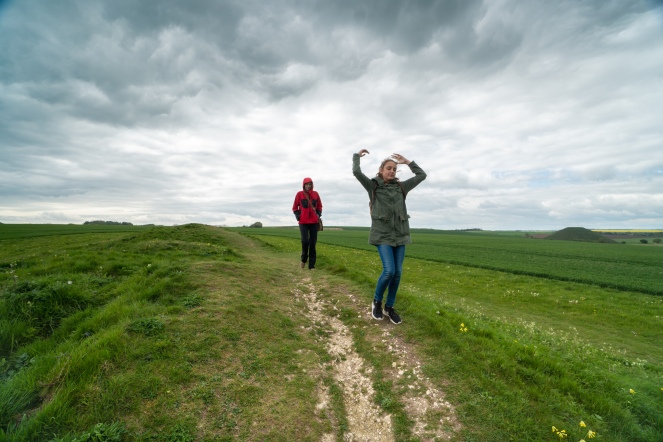 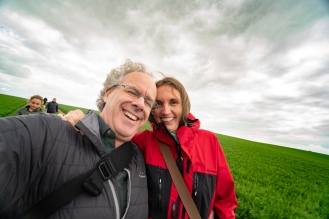