The first time I asked her to marry me she paused and said, “When I can understand marriage as something other than a trap I will marry you”.

I had smiled and understood. I kissed her because I could see in her face a fear that she had hurt me. I wasn’t hurt. I knew where she had come from.

As we grew closer and we each came to learn that love didn’t have to cost anything…the baggage started unpacking itself.

“I do” followed shortly after the last heavy bag had been opened and all the rocks we found inside returned to the river.

The day we got married was one of the best acts of freedom and independence we’d ever committed to.

Since then we’ve become big fans of getting married. We find places we want to get remarried in and we rewrite our vows to each other every day.

Sometimes we get married doing the dishes, sometimes it’s in the midst of awe, and other times it’s holding each other in heart break.

Tonight we got another round of oysters and Kaety decided that she wanted wedding cake. I started the fire early so the coals would be just right by dinner time while Kaety and the boys made a cake.

It was a wonderful evening by the fire. The oysters were perfect. We had Grammy Robin over and talked about love and the children. We ate our cake and got married once again – this time with the kids gathered around waving their plates and demanding cake. Some of them were wearing ear muffs for some reason. 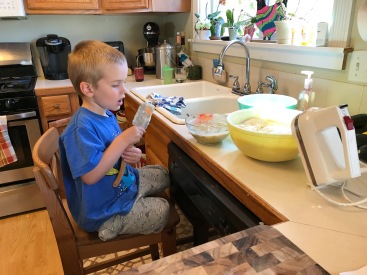 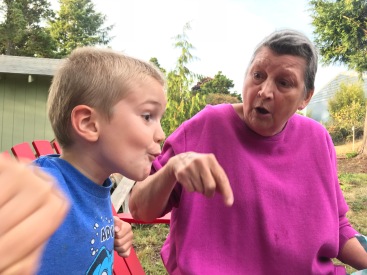 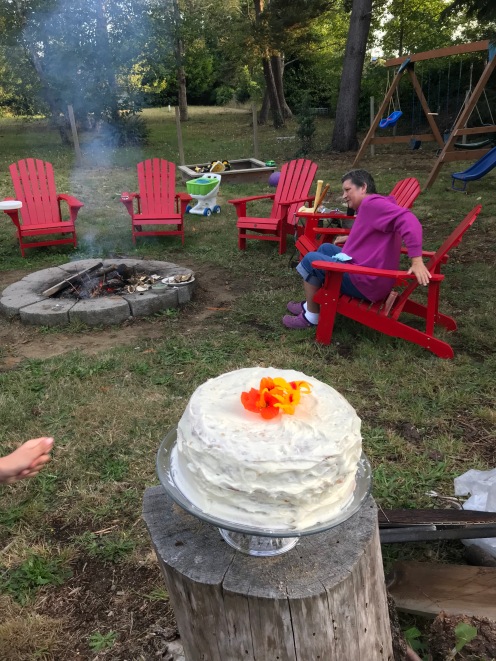