We are attending the Marine Technology Societies joint conference with Oceans and The Institute of Electrical and Electronics Engineers at the Kobe International Conference Center. The opening ceremonies and plenary speeches for the conference were fascinating. There were speakers from each organization who conducted a greeting and then a speech.

I had to hand it to MTS President and OSU faculty Rick Spinrad for reading an audience. He pulled the flagging march of speeches out of a serious nose dive. He also had the good sense, unlike another speaker, to avoid joke telling to an international crowd. In this crowd you know you are winning when there is a flurry of activity to photograph your slides before the deck advances.

I’ve sort of figured out which field the audience members are by the way they dress and how they conduct themselves in a room.

The engineers are here in force – they are wearing their international uniforms of khaki pants, blue dress shirts, and some soft of overstuffed backpack with carbiners on it, or a utility belt pouch. They are always engaged in deep conversations.

The physical oceanographers are here – they are rugged, bearded, occupy slightly more than their share of social space, and have some collection of younger student types accompanying them.

The AI, acoustics and sensor people are hard to differentiate from one another. They don’t care what they are wearing, they usually have a series of bags slung all over their bodies, and run solo.

The biologists and ecosystems people are a striking minority here and are easy to spot. They have comfortable eco-fashionable clothes and since there are only a handful of them in attendance, they clump together.

Climate and policy people wear suites and ties. I wore a suite and tie which has those folks confused. They don’t know who I am – they keep asking me with a puzzled look on their faces where I am from and what I’m working on. This is a world where everyone of a certain age who works in the same field generally knows each other. I wore the wrong uniform and it’s freaking them out. 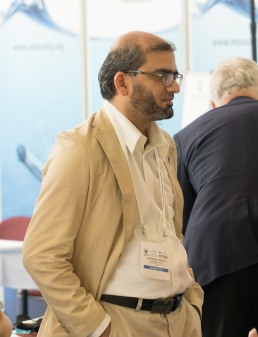 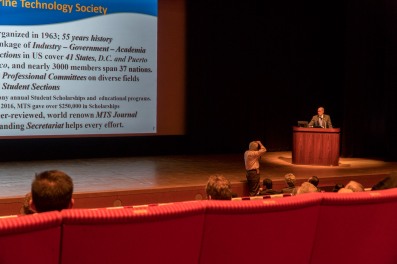