Our family loves 4H holiday events!
Early last week we hit the 4H Holiday craft event at the armory. Some of us glued, painted and glittered through each station fully sucking the marrow out of each experience…others of us ran frantically from station to station dipping in long enough to sample the essence of the craft.
Noble was completely enchanted by the candy cane reindeer making station. Once the reindeer was constructed it went on fabulous adventures all over the armory… until he acquired another candy cane reindeer from his sister. Once the two reindeers came together they really brought out the worst in each other and on the ride home they got involved in a pipe cleaner antler conflict that broke each of their necks.
Noble wailed without pause all the way home. He and Kaety huddled on the bathroom floor applying bandages to each break. I was skeptical, but they did pull off a neurologic miracle…until not more than an hour later another antler conflict occurred. We jumped the gun on the road-kill salvage laws and ate them both.
Later in the week we joined the Youth in Action Team to create holiday centerpieces for Meals on Wheels recipients. Stabbing sticks into green foam was a big hit with the boys. Emmett lost sight of the goal pretty quickly and began making birdie home entertainment centers. The only thing that got him back on task was being allowed to ‘cut’ with the pruning shears. Symone kept her distance from us fearing a possible market drop in her social capital.
Every branch the boys shoved into the florists foam we had to remove and replace. As we worked we built Betty up to mythical proportions as ‘the judge’ who had the final say on whether a centerpiece was good enough. Once Emmett bought into this approving authority he got more interested in the mission and possibly getting in on some of this ‘hard won’ approval.
We knew it was time to go when the pile of greens was being eyeballed and the question, “Can I jump in it?” was floated. 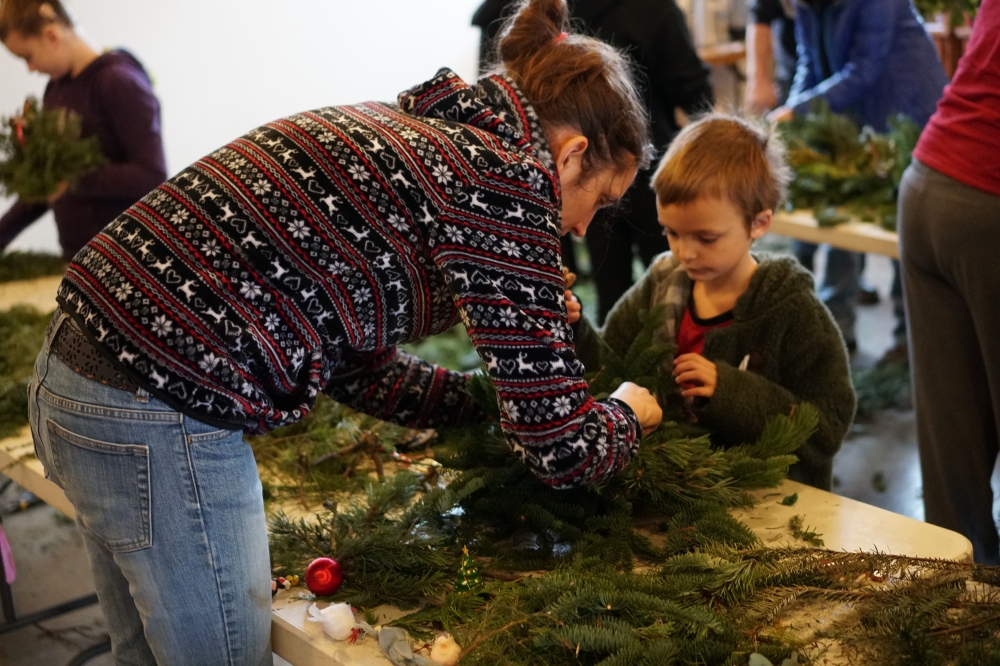 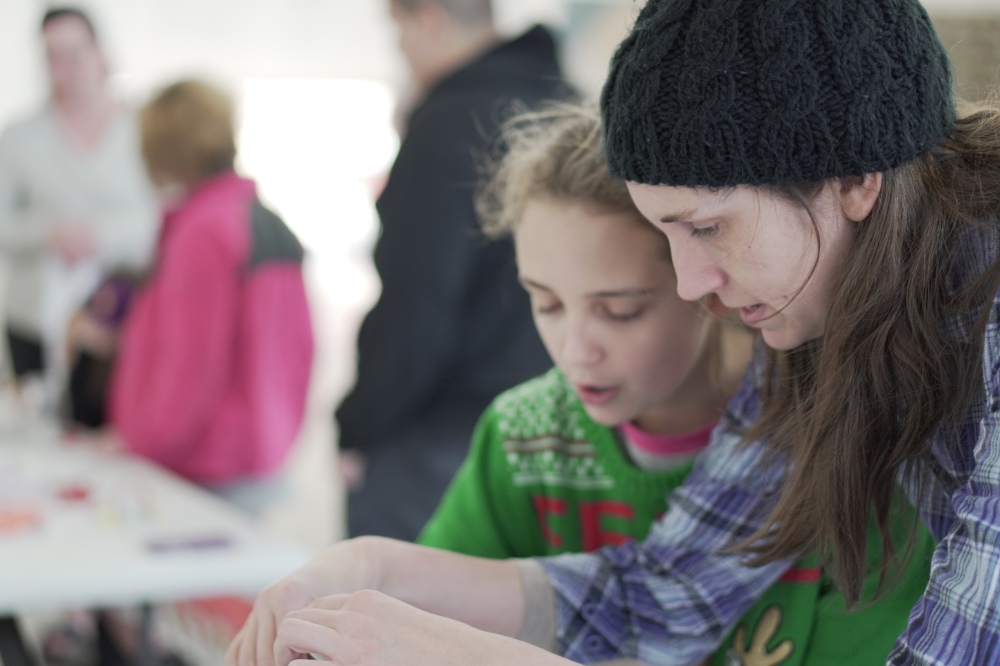