“I hate the dessert! We’re all going to die! I want to go back to the hotel room!”

We were excited to go the Valley of Fire – the kids were not. Symone, afflicted by an early morning bad attitude, led the dessert hating charge. Her followers weren’t terribly focused or clever and weren’t really sure what they were participating in.

Us: “Wow! Look at those amazing red rocks!”

Symone: “Ooo rocks…I’ve never seen those before (eye roll), and ‘wow’ red, who knew rocks came in red (snotty voice). Can we go back now?”

Once we got them out of the van and climbed up to see the petroglyphs we started to capture their attention. The petroglyphs were good, but the possible fall to a grizzly death really became the focus of the conversation. Several cave sightings really energized the group into the idea of the impending hike. 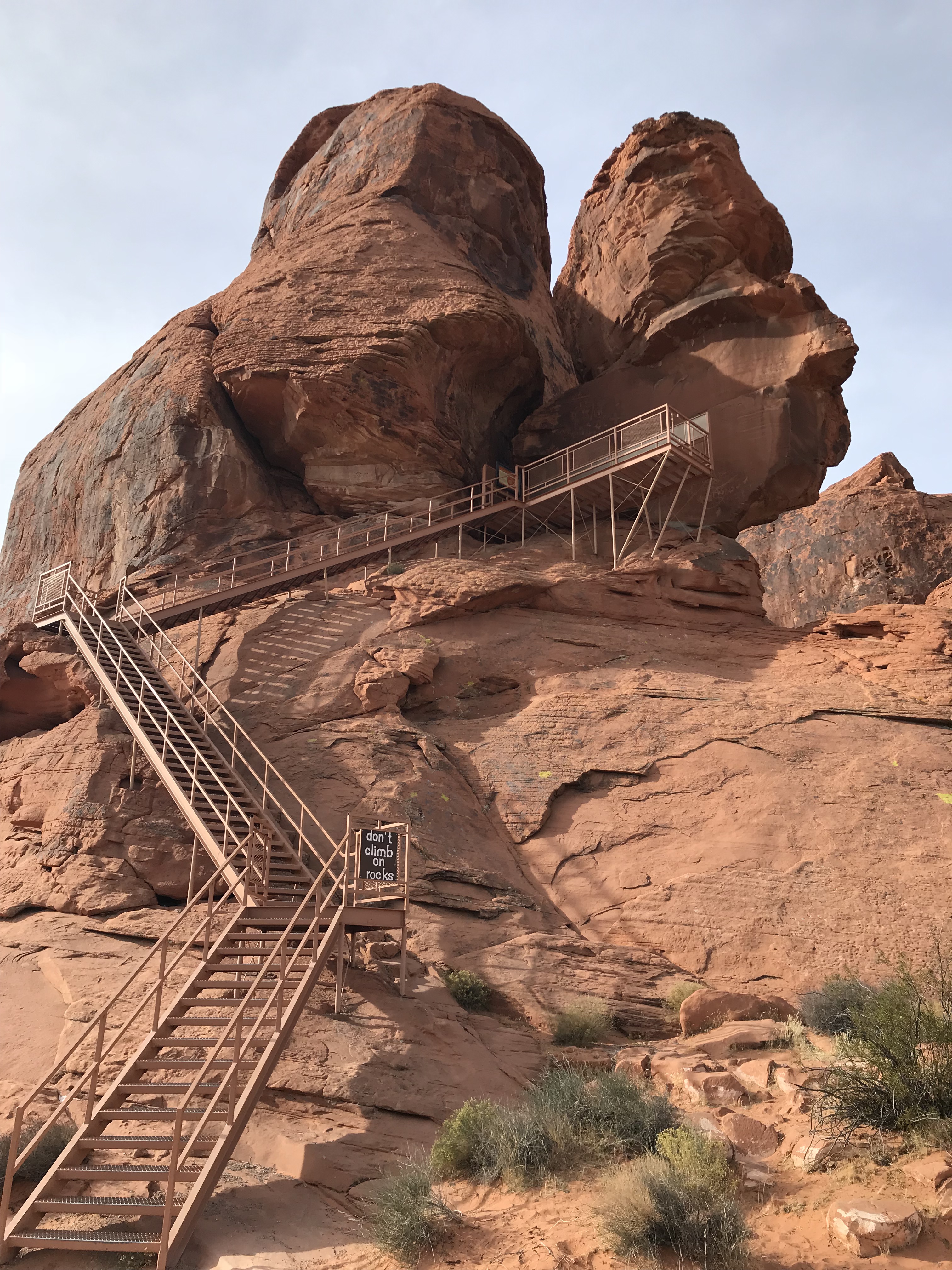 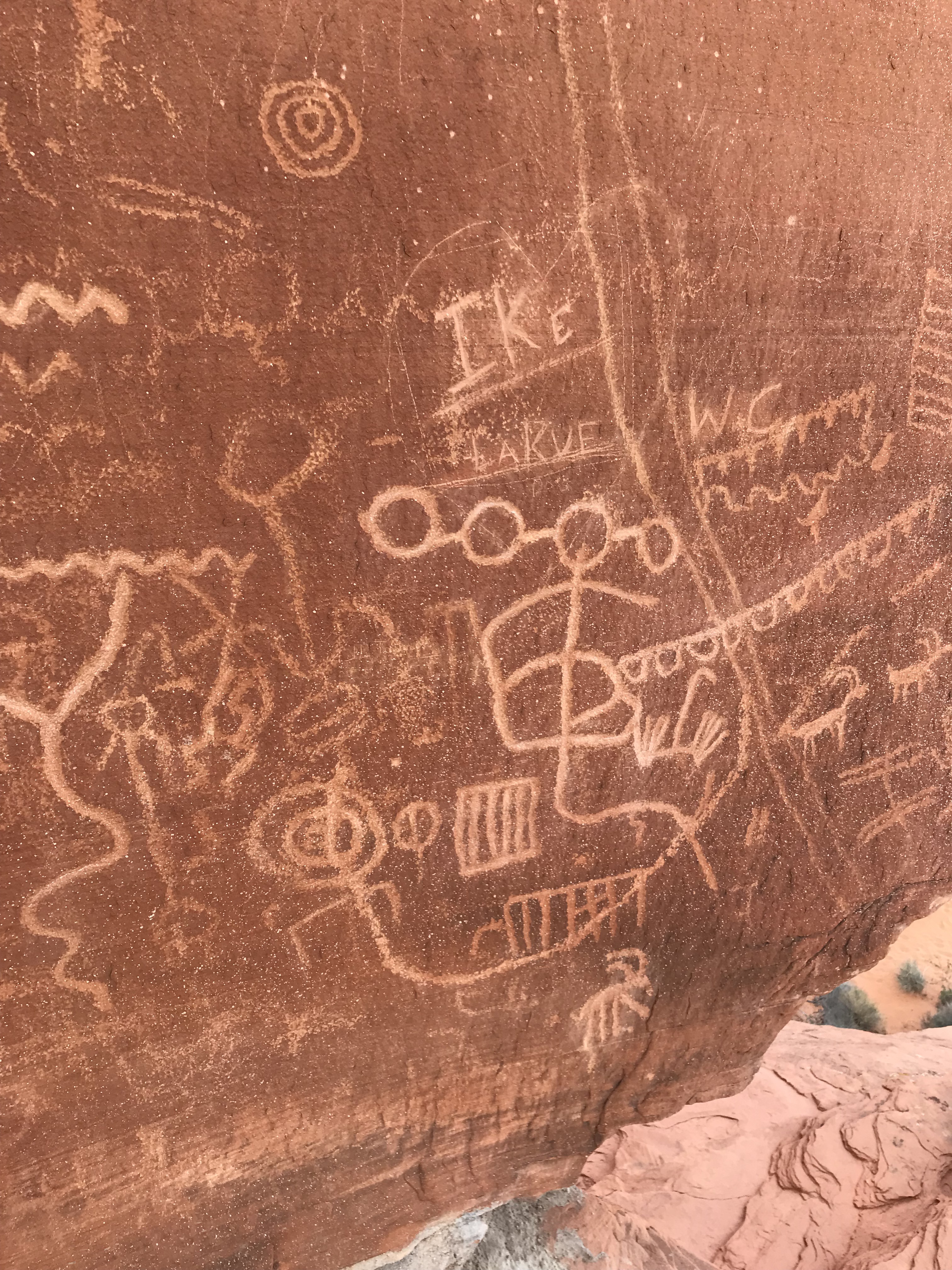 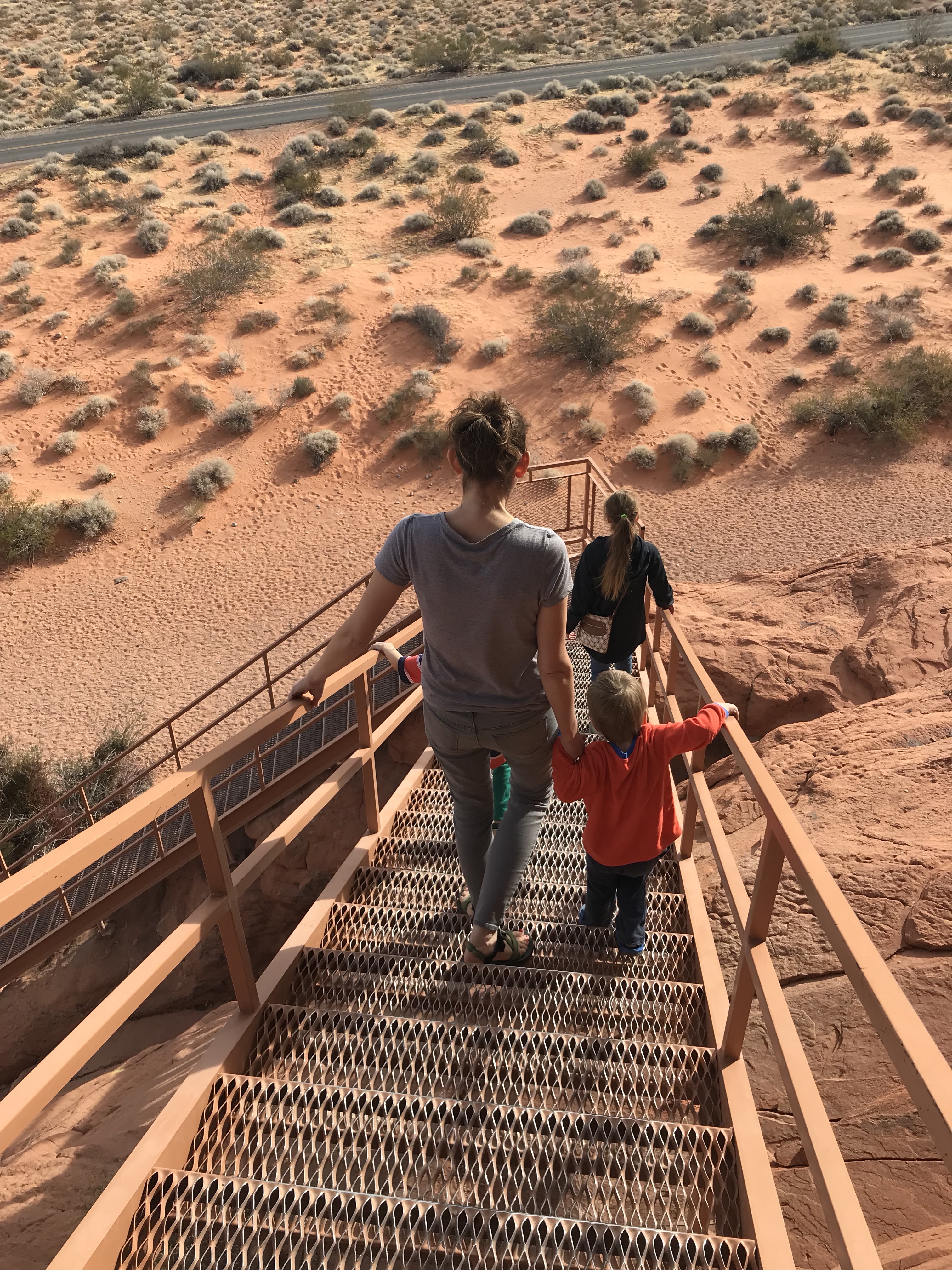 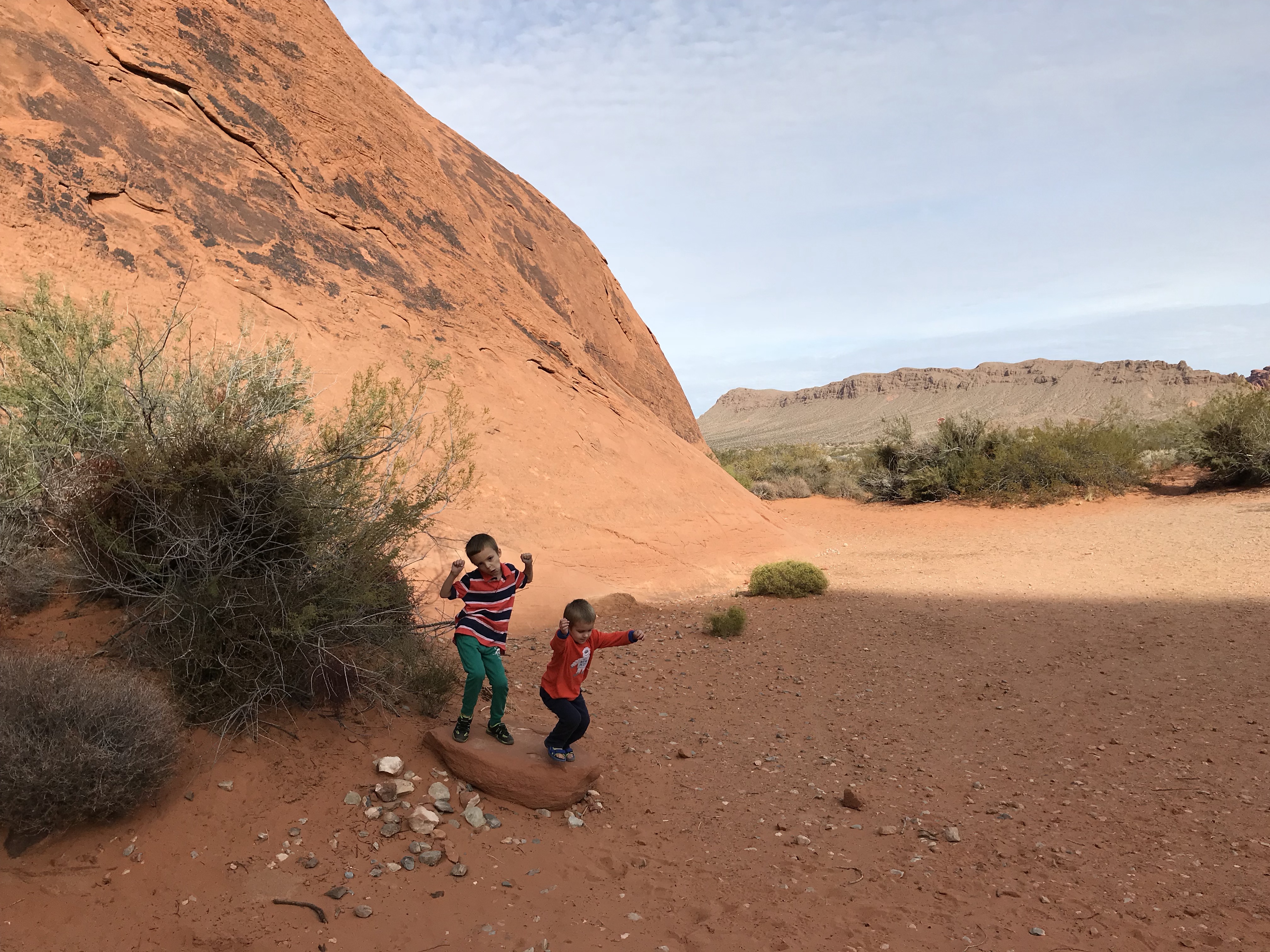 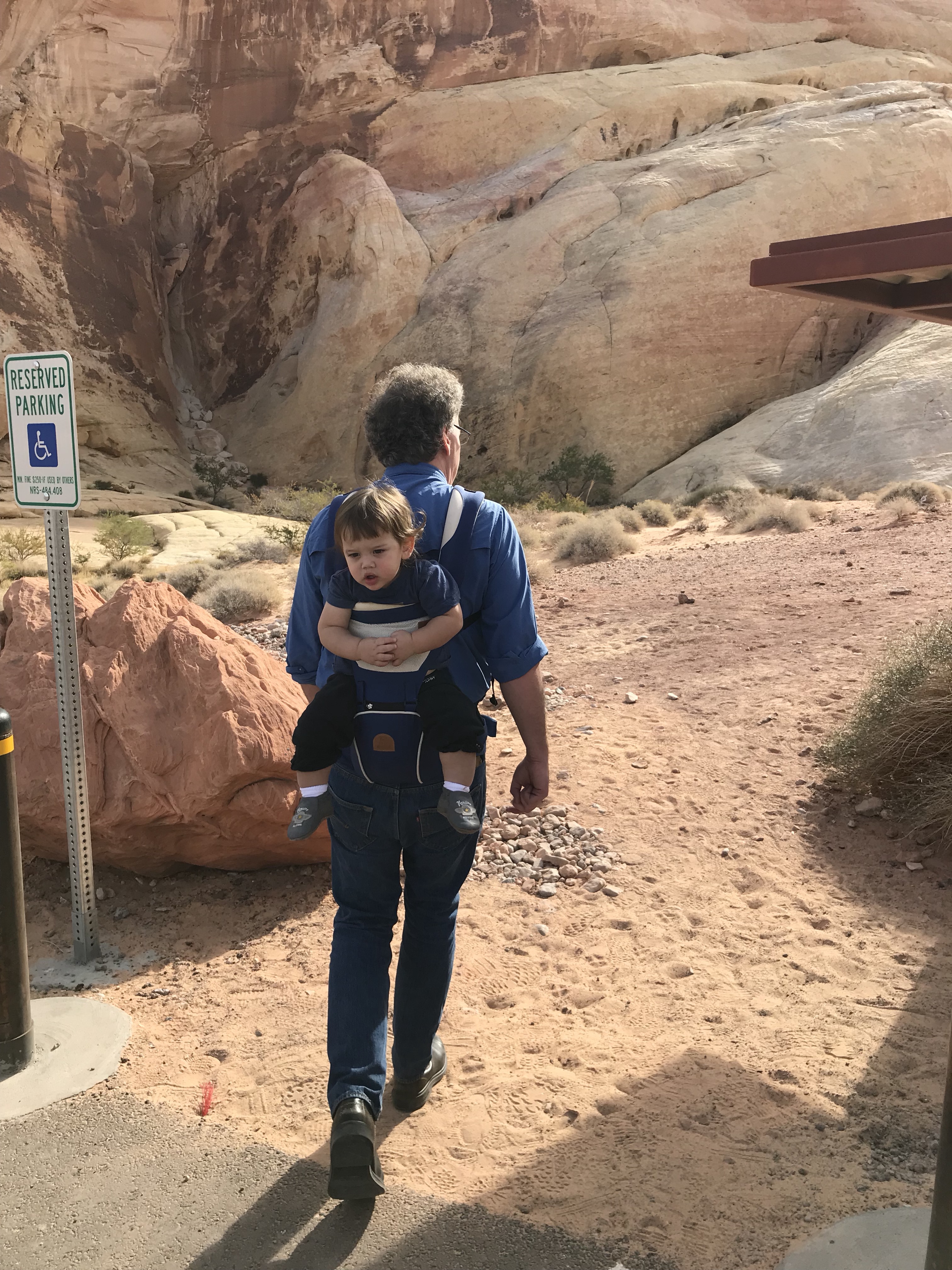 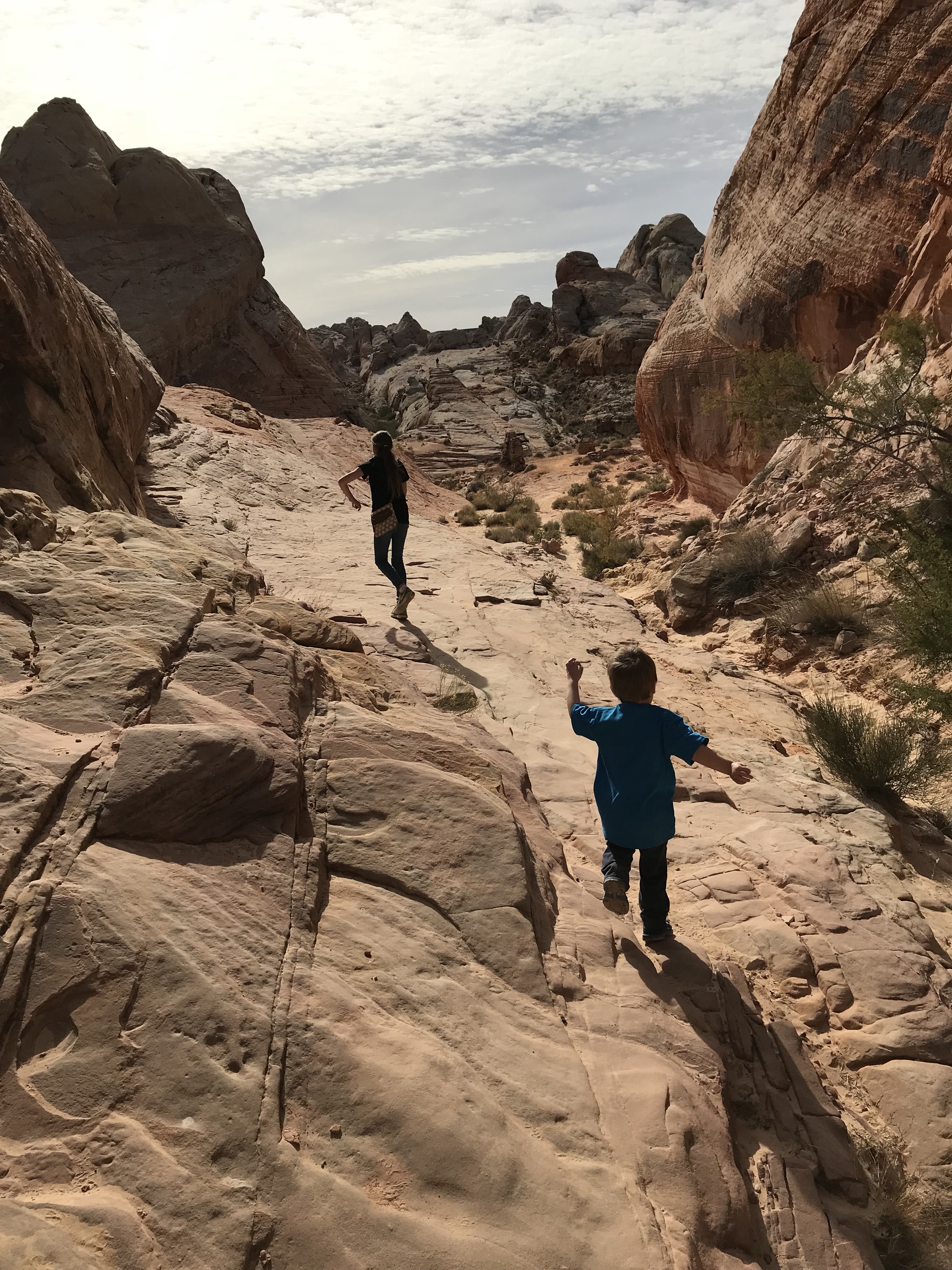 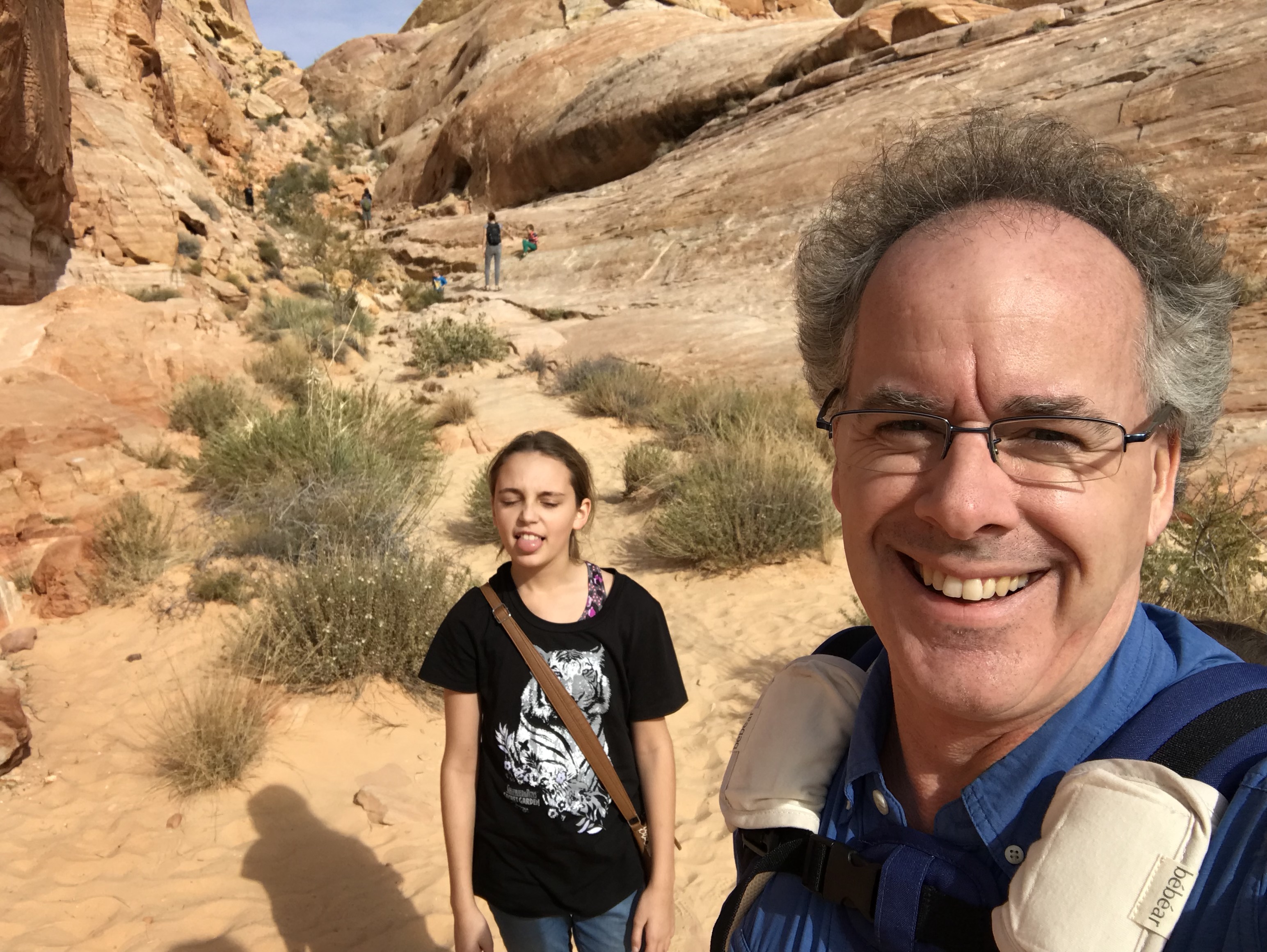 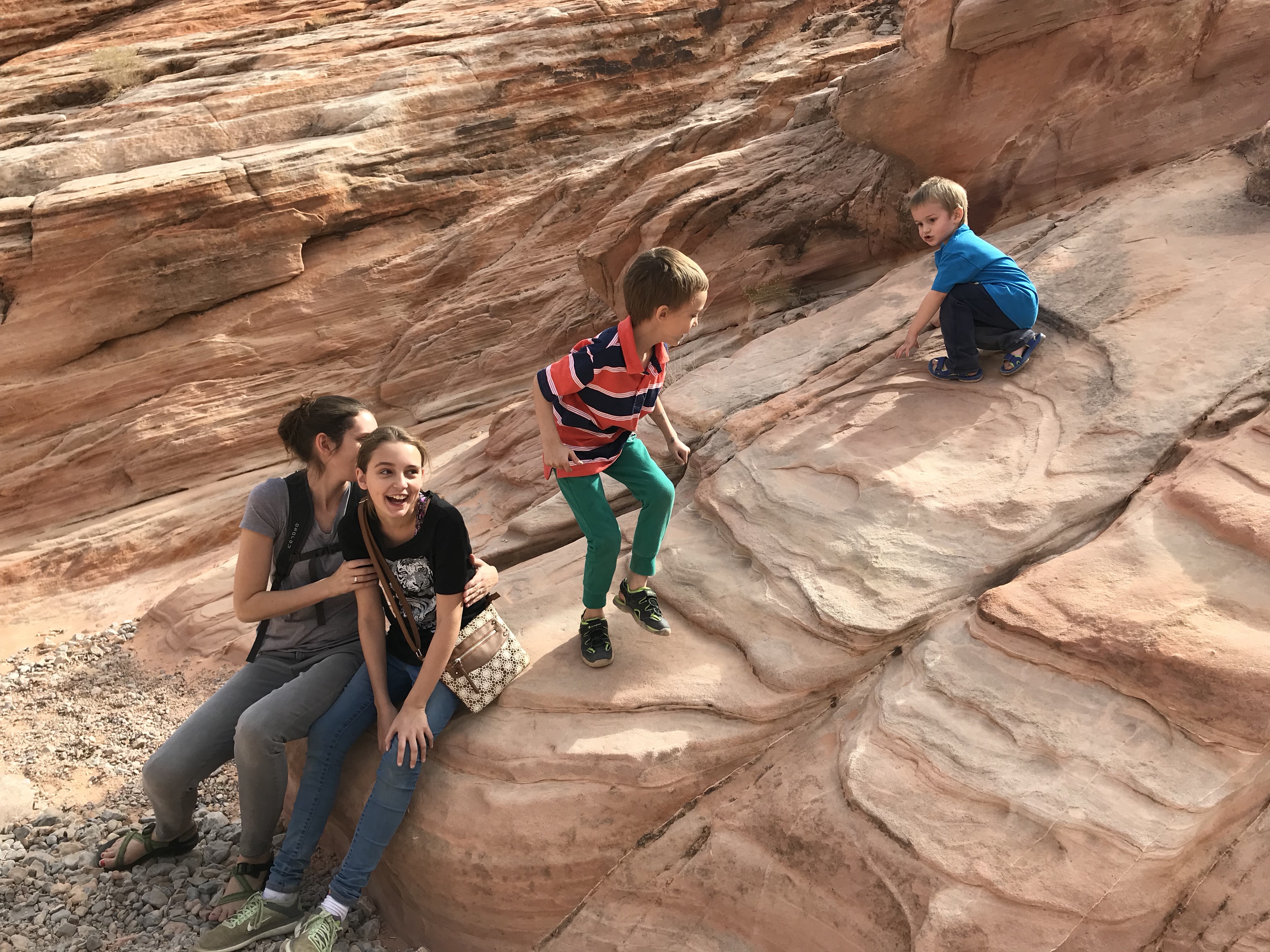